What is this blog about?

My name is Lori. In August, 2014, I plan to hike the Camino de Santiago trail. Feel free to join me on my adventure by following me on this blog.

Sunday, September 6th. (Day 25)
I had a great nights sleep at Zippy's house in her guest quarters with the lake view. 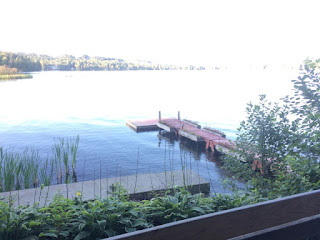 After a very delicious breakfast of granola encrusted stuffed French toast at a nearby diner, we were back to the mountain. My high sugar breakfast got me going right away, and I had a great hike all day. We knew it was going to be a long day. Our guidebook estimated the section we had at about a mile/hr pace, so we expected some tedious, slow going trail. 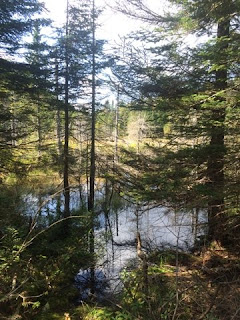 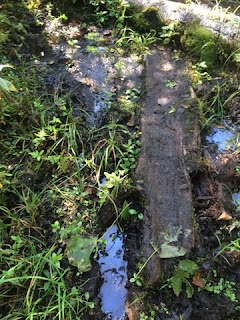 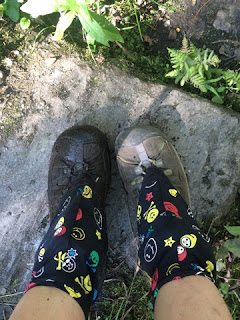 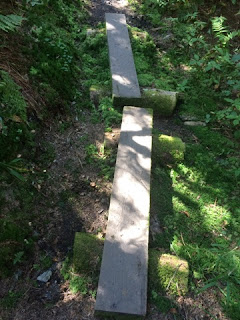 They also like to put these helpful bog boards where the mud isn't 3 ft deep. Hmmm. 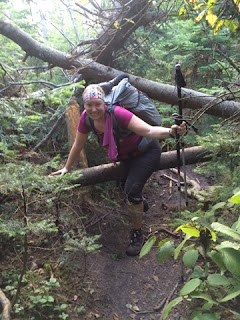 Not sure if this was the scramble, or some other tree down in the middle of the trail that snagged my backpack strap and broke it. Luckily I was able to perform a temporary fix. I will be sending my pack back to the company for some much needed repairs after this trip! 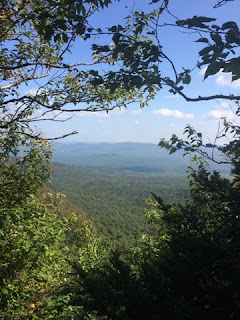 We got into camp around 6pm, and were pretty exhausted. We stayed at Hazens Notch Camp. 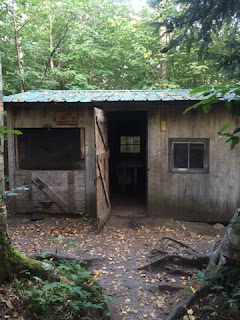 It looks a little "murdery", but it proved cozy for us. When we first arrived there were two bear hunters at the camp. They were all dressed in camo, and faces were painted. One with a bow and the other with a gun. They were not very talkative, and after Zippy asked them some questions about what they were doing and where they were from, they decided to leave the shelter for the tired thru hikers and they would tent. They must have left, because we didn't see them again. Or maybe their camo was just that good. Either way, I thought they were creepy and was glad to see them leave. In the shelter with us was a southbound hiker, named Alex. He was good company for the rest of the evening, and was impressed by my homemade dehydrated meals. I will say so myself, I did a good job on my camp food for this trip!
Posted by Lori at 9:49 AM

On March 22st, 2012, I left the comforts of my home to go hike the Appalachian Trail. All of it. I hiked 2184.2 miles from Georgia to Maine, and summited Mt. Katahdin on September 22, 2012. I started this blog as a way to journal my thoughts and experiences as I progressed in my journey. I am continuing this blog to journal my subsequent adventures, and tell the world my story.

Currently, I am planning to hike the pilgrimage trail, Camino de Santiago. Lift-off is in August. Stay tuned...

Take a listen to the song that inspired my trail name.